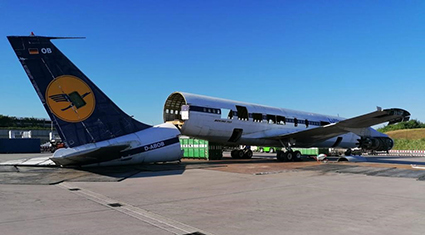 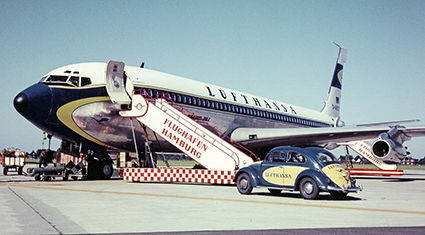 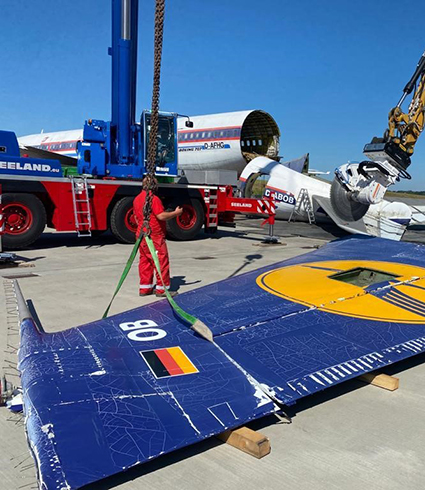 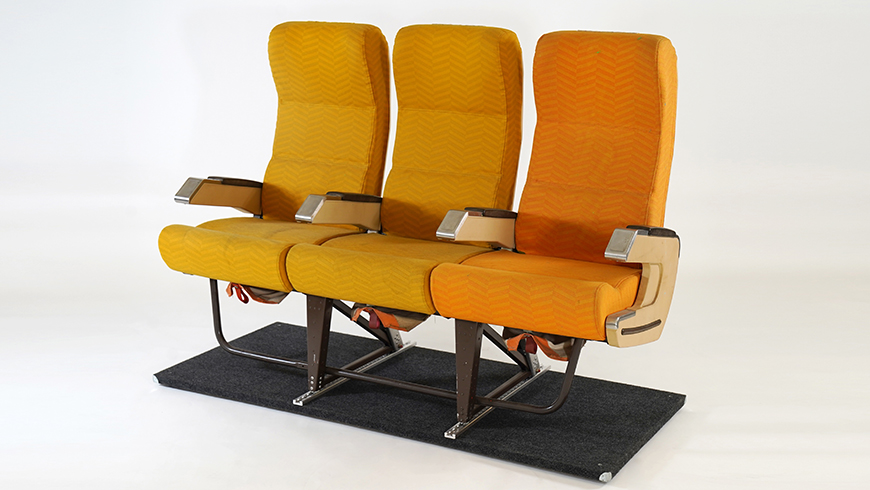 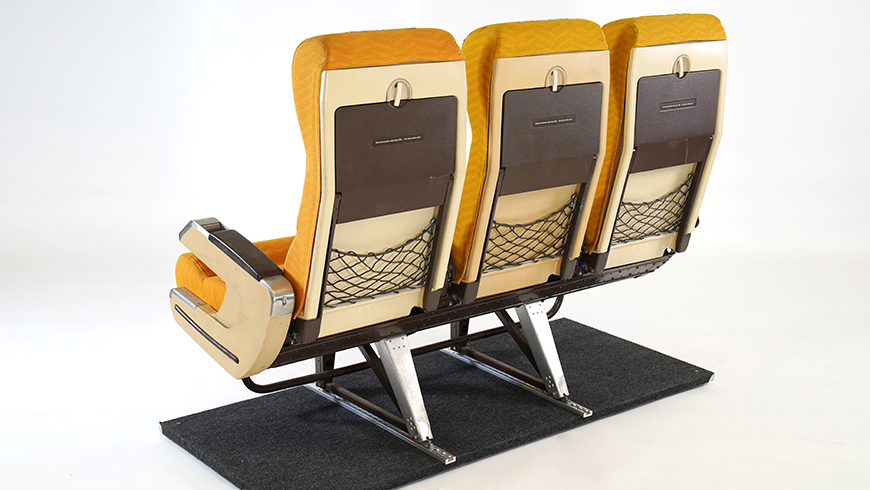 An aircraft that changed the world

The Boeing 707 and its iconic vertical stabilizer

The late 1950s marked the beginning of the jet era in air traffic. The Boeing 707, in service from 1958, was the most popular jet airliner with 1010 built, shrinking the world. D-ABOD (manufacturer serial number 11720/115) had 16 First and 132 Economy class seats installed, boasting a range of about 8000 km plying regular routes from Frankfurt to Tokyo, São Paulo or San Francisco. Its trademark was the iconic empennage, in this version the 707 flew with four Rolls-Royce Conway engines. After ending its active service with Lufthansa, it took off one last time in 1976 and was stored at Hamburg Airport afterwards. There it was repeatedly used as film set for movies such as “Twilight’s Last Gleaming” (1977, painted as “Air Force One”, starring Burt Lancaster) or “Bend it like Beckham” (2002, starring Keira Knightley). In 2021, D-ABOD was dismantled and Recaro secured the vertical stabilizer. 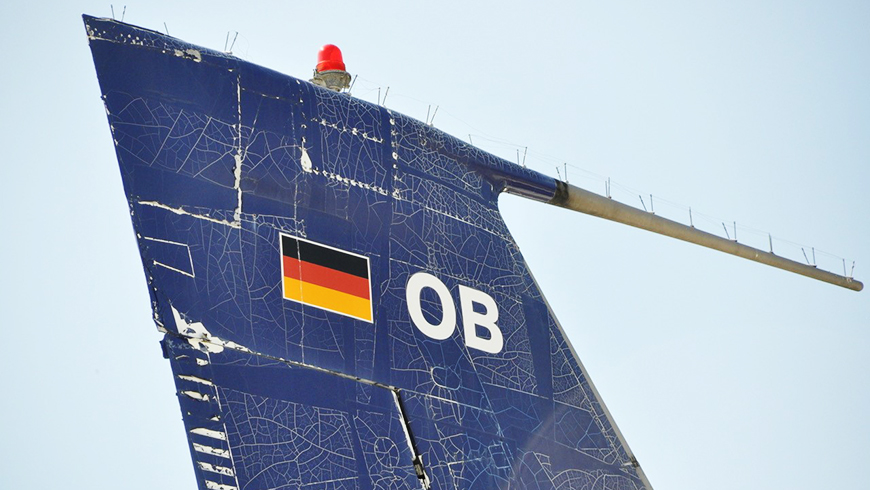 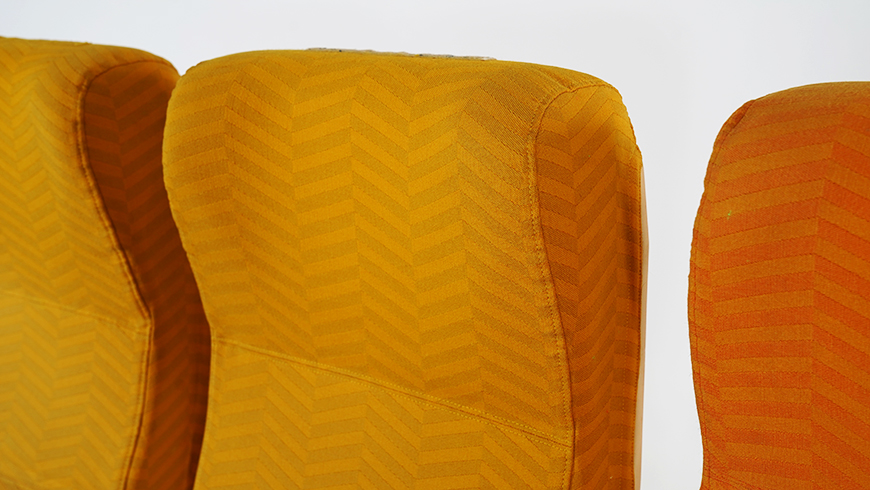 June 15, 2021 – The stabilizer is detached and brought to Schwäbisch Hall