Recaro invests in the future 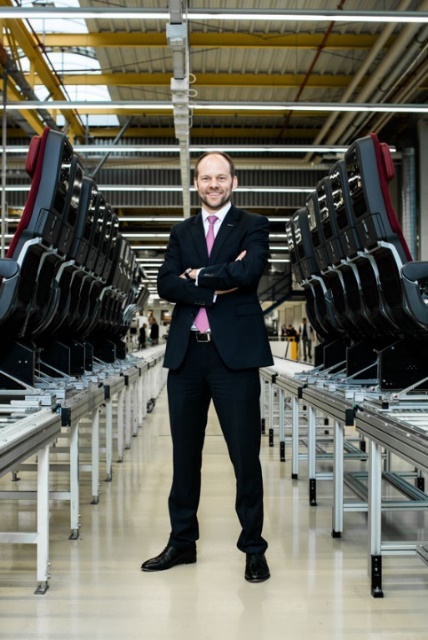 SCHWAEBISCH HALL, Germany. The premium manufacturer of aircraft seats, Recaro Aircraft Seating, looks back on a successful 2016 with many highlights, top ratings and awards. With a delivery volume of over 100,000 seats this year, the company set a new record with its four production sites for aircraft seats. The long-established, innovative company is committed to sustainability as well as high-level investment in research and development in the double-digit percentage range.

“An outstanding year for Recaro and its employees has come to an end. New products, new customers and numerous new orders successfully drove business development in 2016. The full order books are ideally matched to the workforce and capacity expansion we have undertaken in recent years,” said Dr. Mark Hiller, Chief Executive Officer and Shareholder at Recaro Aircraft Seating. Investments in the double-digit percentage of sales range flow into research and development. And this is clearly paying off: close to a third of the products sold in 2016 were product innovations. Dr. Hiller sees his growth forecast for the next few years confirmed: “Plans for the future include ongoing job creation worldwide, product and process innovations as well as the further expansion of our sites. In 2016, we increased our sales by more than 10 percent.” Exact figures will follow in May as soon as annual financial statements are finalized.

Investment in our sites

At the end of 2017, a new 6,000 m² logistics center – in which 13.5 million euros are being invested – will be opened at the company’s headquarters in Schwaebisch Hall. This is just the beginning of a significant investment program in the high double-digit million range, targeted at meeting high market demand. In 2016, at the company’s most recently opened production site in Qingdao, China, 10,000 seats were produced – twice as many as in the previous year. For 2017, a further doubling to 20,000 seats is planned, and already secured through order volumes.

There was reason to celebrate in Eastern Europe for the globally based aircraft seat manufacturer: Recaro’s Polish factory in Swiebodzin was honored with several awards and celebrated its tenth anniversary on July 6, 2016.

Thanks to the high quality of its aircraft seats, Recaro was once again a sought-after partner to manufacturers and airlines in 2016. Airbus honored Recaro’s long-standing collaboration and commitment with its “Excellent Supplier” award. Above-average service and expert consulting are both an objective and a benchmark for Recaro.

The CL6710 is, in fact, already an ‘intelligent seat’ in that it can digitally transmit its operating status to cabin crew and ground staff. Moreover, an app for the seat offers a real benefit to passengers: seat settings, inflight entertainment program, light and ventilation can all be controlled from a smartphone or tablet and stored individually. Several orders have been received for the new CL6710 business class seat, and the first delivery is planned for 2017.

The new 3530Swift economy class seat, developed together with Airbus, was very well received by the market in 2016. Recaro was able to book orders for more than 100 aircraft by mid-year. The first ship sets were delivered in the middle of July. Thanks to the predefined and precertified airbus layouts, time-consuming, individual product approvals can be avoided.

The topic of sustainability is intrinsic to Recaro's corporate strategy. And it goes far beyond the development of lightweight seats which significantly reduce kerosene consumption. Acting sustainably means taking responsibility for people, the environment and society. For example, the American plant in Fort Worth/Dallas was awarded DIN EN 14001 certification for the successful introduction of an environmental management system at the end of 2016. The high level of training at Recaro was also honored in 2016. At the end of October, the Dualis certificate from the Heilbronn-Franken Chamber of Commerce and Industry confirmed the company’s commitment to guaranteeing its trainees a perfect introduction to their professional life. More than 50 young people are currently being trained at Recaro in various professions and trades. The rate of post-training hiring is almost 100 percent. In 2016, close to 150 new jobs were created around the world. It is with good reason that Recaro is acknowledged as being one of the best employers for engineers in Germany – as was confirmed in the spring by the Top Employers Institute which honors the best employers in the world yearly.

The CL3710 bears witness to the fact that Recaro also sets a benchmark with its products and meets the needs of the sector. For its product highlight in the economy class cabin, Recaro was awarded the German Design Award 2016 in Gold in February. As well, the Innovator of the Year 2016 award, from brand eins magazine and Statista, shows that Recaro is at the forefront when it comes to intelligent products, processes and services. This was determined in a three-step process. Finally, in November, Recaro was the winner in the Best Practice category at the DIN Awards 2016.

Again in 2016, Recaro and its employees supported numerous social projects. The refugee aid launched in 2015 was extended in 2016 and continued with the provision of internships. Various regional and international relief organizations received donations for their social commitment last year as well. Of particular note is the amazing solidarity and prompt support from employees for the victims of the flood catastrophe in Braunsbach, where Recaro employees were also directly affected.