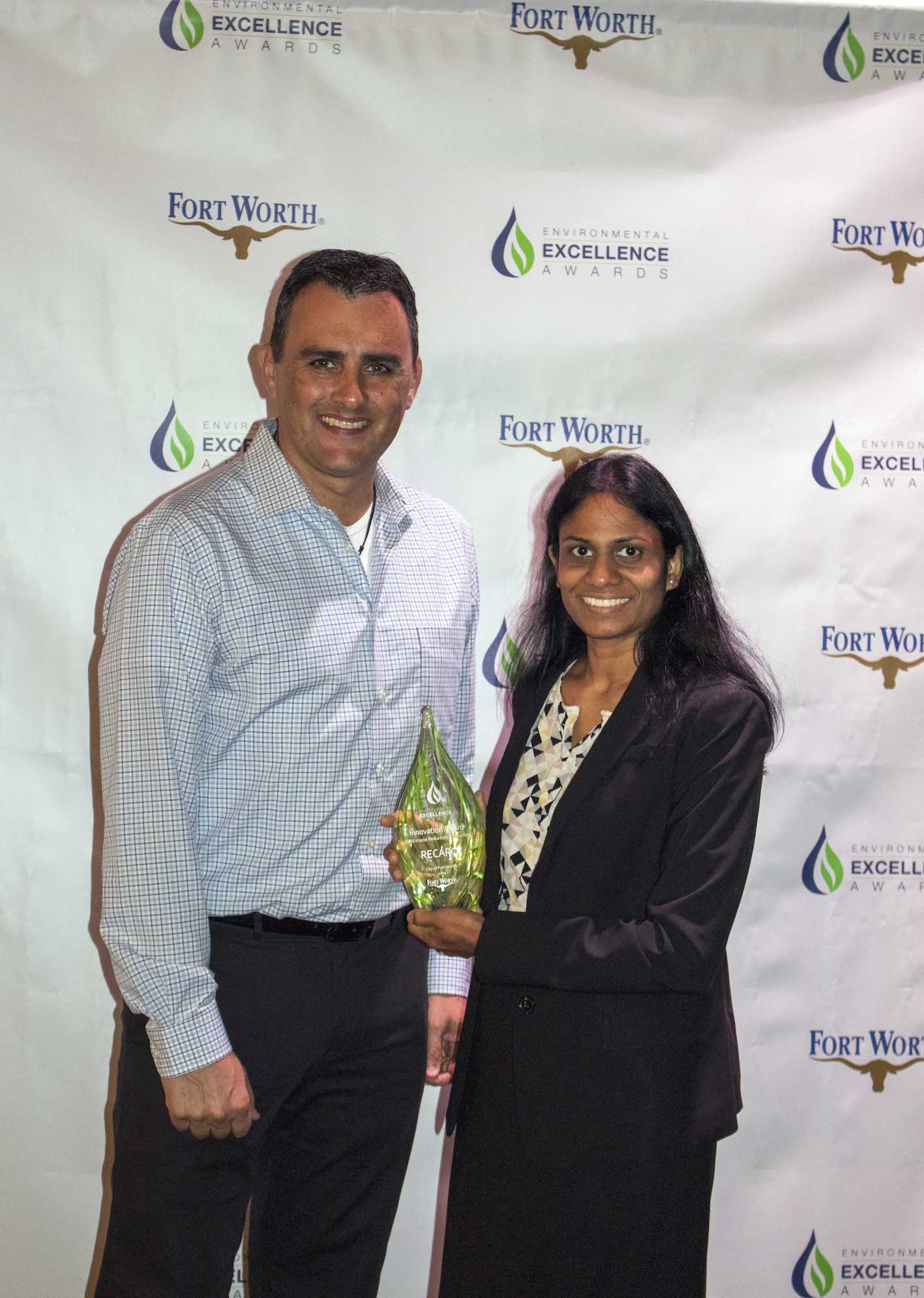 Recaro successfully reduced its waste in one year through three programs aimed to not only reduce waste and increase recycling efforts, but to also encourage sustainable living amongst employees:

“I am proud of our colleagues who have worked hard to create awareness for the sustainability at our facility”, said Rene Dankwerth, General Manager at Recaro Aircraft Seating in the Americas.

“This award was a team effort, and I want to thank everyone who pioneered these changes and committed to a more sustainable future for our site”, said Sunitha Vegerla, Director of Quality & Process Management at Recaro Aircraft Seating in the Americas.

Located in north Fort Worth, Recaro’s site in the Americas was established two decades ago, and today, it employs nearly 600 team members and produces 42,000 seats annually on its eight production lines for aircrafts located around the world.

Photo 2 - from left to right - Sunitha Vegerla, Tony Avila, Brenna Jefferies of RECARO and Brandon Bennett, Code Compliance Director of the City of Fort Worth