Targeted expansion of capacity in the Asian region 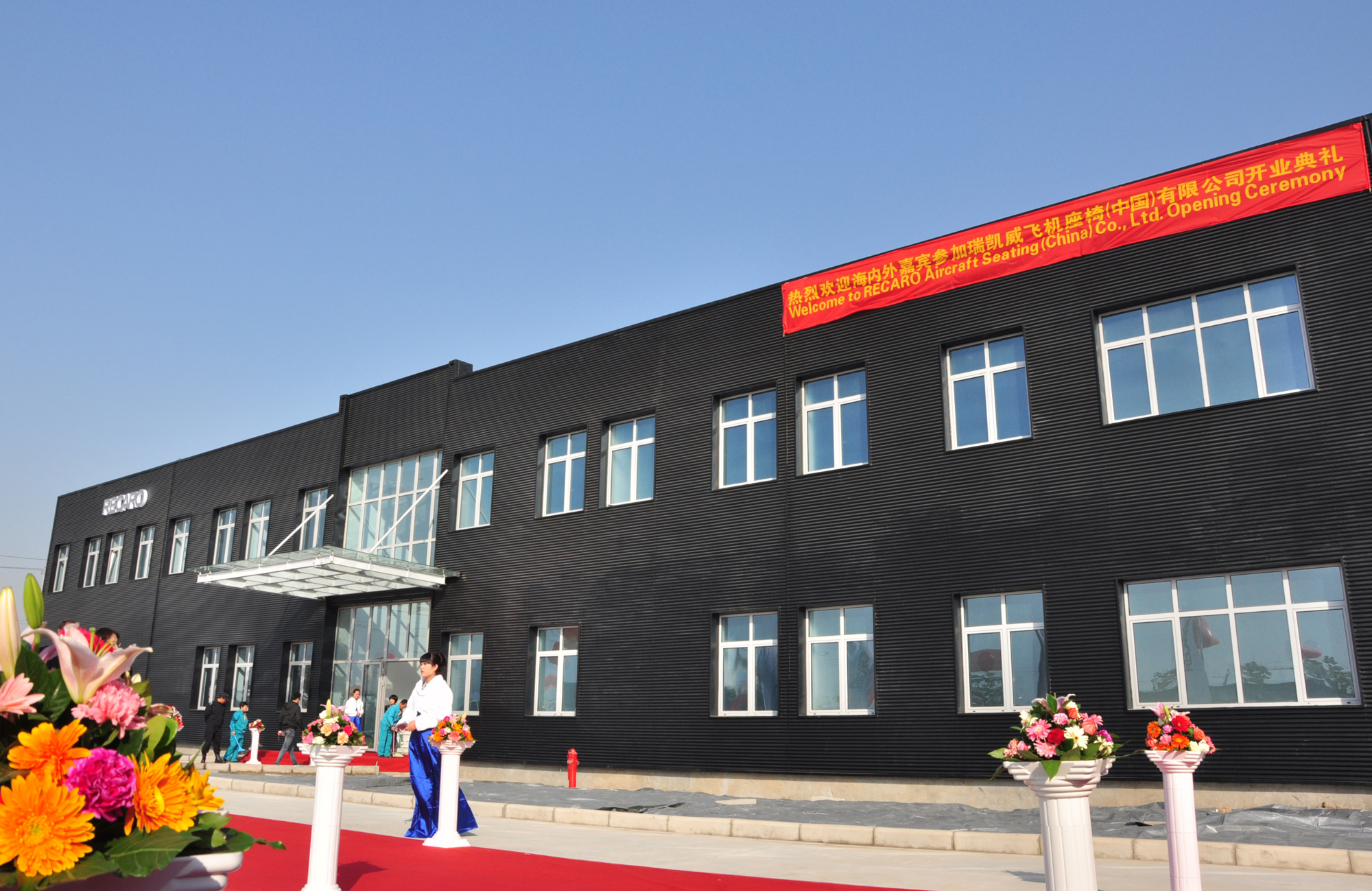 Schwaebisch Hall, Germany/Qingdao, China. At a festive ceremony on October 24, 2013, Recaro Aircraft Seating officially inaugurated its new Chinese manufacturing plant in Qingdao. The Recaro location in Shandong province will produce aircraft seats for the local market, with production already beginning this year. This makes Recaro Aircraft Seating one of the first international aircraft seat suppliers to produce in China.

“We are very happy about this new location for the Recaro brand. China is an important market for the Recaro Group as a globallyactive family company. We very much admire the strength of the Chinese economy,” Martin Putsch explained at the inauguration of the plant. For Recaro Aircraft Seating, the move to China is of great strategic importance, Dr. Mark Hiller emphasized: “We are starting local production in China as one of the first international aircraft seat suppliers. This means that we are now present with our own production facilities in all three major aviation markets – Asia, Europe and America. By building this new plant in Qingdao, we are expanding our capacity to serve the Chinese market, because in the future, Asia will be the largest market for aircraft seats. Studies show that Chinese airlines alone will need about 5,000 new aircraft in the next 20 years.”

100 percent Recaro quality in Qingdao
The Recaro site in Qingdao, with a total area of about 25,000 square meters (269,000 square feet), includes a new building which houses the sales, engineering, purchasing, program management, production, quality and logistics departments. Production is spread across about 8,000 square meters (86,000 square feet). Like the new 2012 facility in Poland and the 2013 expansion of the US facility, the production area in Qingdao was planned in accordance with state-of-the-art lean production methods and using the latest planning tools. “In China, we are implementing the same standards of quality and the same processes of excellence that we have established through the years at Recaro’s locations around the globe,” explains Dr. Mark Hiller. For this reason, the new Chinese employees have already completed an extensive training program at the Recaro sites in Germany and Poland. There, they received systematic instruction and qualification in the areas of industrial engineering, quality and logistics.

First order for a new product
Production at the Chinese location is expected to begin this year, with about 70 employees. The facility already has a specific order: “Our Qingdao location’s first customer is Shandong Airlines,” said a pleased Manfred Büchner. The airline has ordered about 3,400 seats of the type BL3520-RAC for its B737 fleet, with the option to equip additional aircraft with the seats. The seat, intended for use on short- and medium-haul flights, is a special edition of the BL3520 seat for the economy class which has been adapted to meet the needs of the Chinese market. Series production for Shandong Airlines will begin in early 2014. Additional projects are in preparation. “We are already engaged in intense contract discussions with other Chinese airlines”, Büchner said.