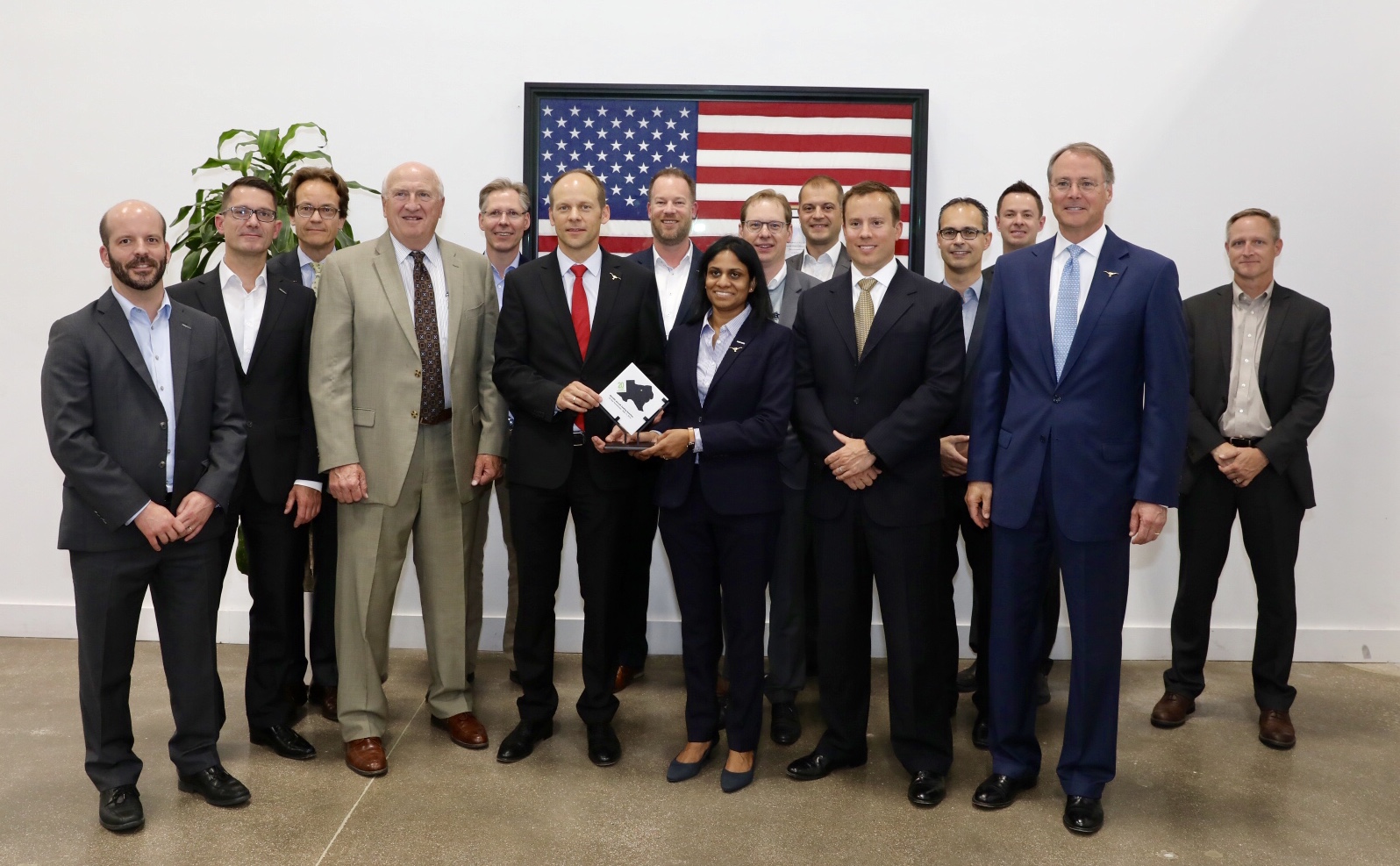 FORT WORTH, Texas. RECARO Aircraft Seating Americas, LLC celebrated the 20th Anniversary of its site in Fort Worth, Texas. Headquartered in Schwabisch Hall Germany and among the top three leading aircraft seat manufacturers in the world, RECARO has serviced customers from all over the globe.

The celebration took place on Thursday, May 17th and included over 400 employees from the site as well as colleagues from Germany, Poland, China, and South Africa. Also in attendance were representative from Hillwood Properties, city officials, and the media.

“We are proud to have established ourselves in our community and look forward to continuing to build on this partnership,” Vegerla said. “Thanks to the support from our community leaders, suppliers, and other RECARO sites, our team is in a strong position for success in today’s challenging market.”

“This milestone is a tribute to the hard work and dedication of our team in the Americas,” Dr. Hiller said. “Over the last twenty years, this group has demonstrated the ability to perform different types of work and exceed customer expectations.”

The event closed a week of significant meetings for the company, including hosting the Global Supplier Conference on Tuesday, May 15th and an International Management Meeting on Wednesday, May 16th through Thursday, May 17th.

“Fort Worth is a strong market and we believe that, through a collaboration between RECARO and our community leaders, they are situated in an ideal position for growth,” Councilman Shingleton said.

After the speeches, employees and participants enjoyed catered lunch and along with Texas-themed activities including photos with a longhorn and Cowboy U, a session on how to be a cowboy.

RECARO’s Fort Worth operations began in 1998 with American Airlines as its first customer. At the time, the plant opened with one assembly line and twelve employees and by 2004 had grown to 60 employees. The site had consistent growth over the next two decades and doubled their production space to 248,000 square feet in 2013.

Worldwide today, RECARO employs over 2,300, including over 400 from the Fort Worth site. In 2017, Recaro Aircraft Seating supplied 41 airlines and aircraft manufacturers with high-quality seats, including eight new customers, and produced 120,000. That number represents a 15 percent volume increase over 2016.