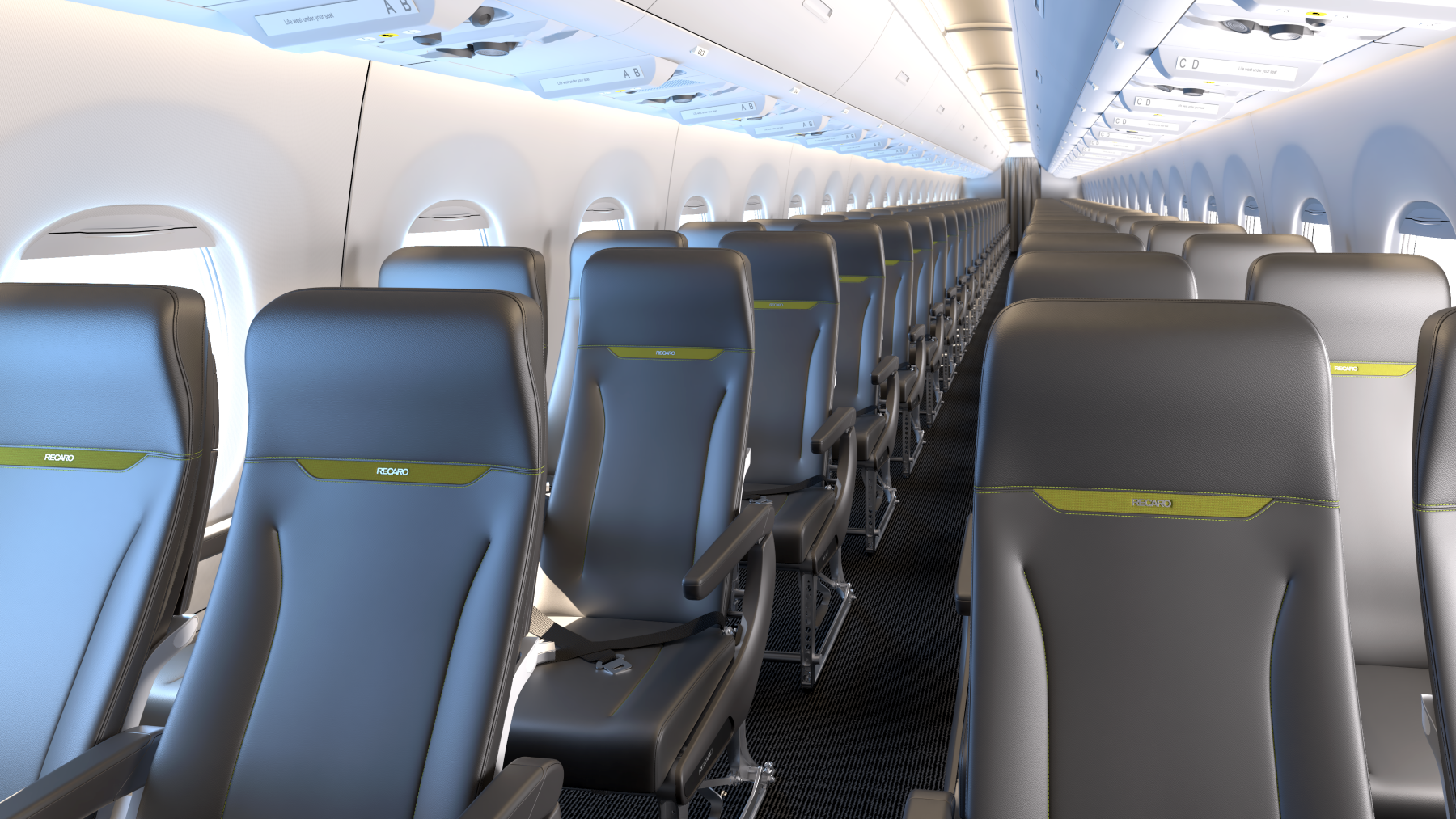 AIX, Germany, June 15, 2022 – Recaro Aircraft Seating (Recaro) was selected by KLM Royal Dutch Airlines (KLM), Transavia France and Netherlands-based Transavia Airlines to outfit new Airbus aircraft with economy class seats. Delivery of the BL3710 and SL3710 on the 100 A320 and A321 aircraft begins in summer 2023.

The KLM aircraft will be configured in a hybrid layout, with the BL3710 being installed at the front of the cabin and followed by the SL3710. Transavia Airlines and Transavia France will be fully equipped with the SL3710.

Both seats are customized with additional features, including a BYOD holder (for KLM only) and a high power USB-C outlet into the backrest, which will help passengers stay connected during flight. In addition, redesigned backrests on both the SL3710 and BL3710 will further enhance passenger comfort whilst having a weight reduction benefit.

“Our flexible and dynamic customer team, in tandem with our aligned goals on sustainability, has resulted in a strong partnership with KLM, Transavia Airlines and Transavia France,” said Dr. Mark Hiller, CEO of Recaro Aircraft Seating and Recaro Holding. “I am confident that our seats will serve their passengers well for many years to come.”

Developed with sustainability in-mind, both seats receive top marks in lightweight design, which support in reducing fuel costs and carbon emissions for the aircraft. The slim backrest of the Recaro SL3710 enhances living space and maximizes comfort, while the BL3710 supports passengers on short and medium-haul flights with its award-winning ergonomic seat design.

“After an intense tender process  we  were happy  as  KLM and both  Transavia  Airlines  in France and the Netherlands  to  jointly  select the  Recaro  new seats even tough in our own 3 airline specifications,” Boet Kreiken, EVP Customer Experience at KLM. “The right combination of comfort, reliability, weight, sustainability, carbon footprint reduction  and economics led to the  decision to work again with Recaro.”

Established in 1919, KLM is the world’s oldest airline still operating under the same name and connects 34 million passengers annually with 167 cities across the world. Low-cost carrier Transavia Airlines is headquartered in Schiphol, Netherlands, and services 100 European destinations with 44 aircraft, while their Paris-based counterpart, Transavia France, connects passengers to more than 100 destinations with their fleet of 61 aircraft.